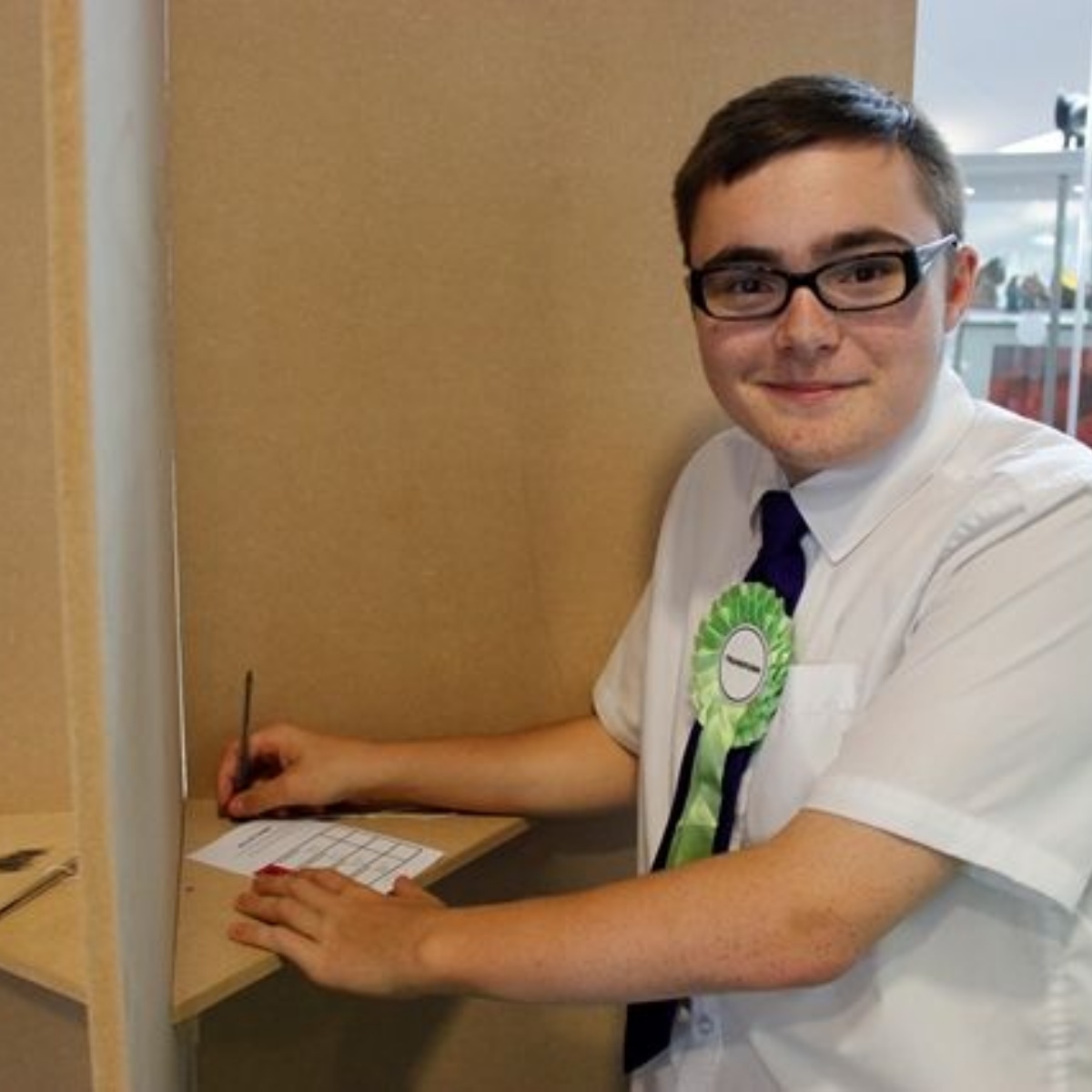 Students and staff take part in a Mock Election.

On Thursday 8 June, students and staff held a mock election during the day of the General Election.

There were 80 volunteers who formed four separate parties, Future, Vision, Progress and Transform.

Each party drew up their manifesto with the help of MP Marie Rimmer, then it was over to the four parties to campaign for votes from their peers.

The day started off with Mrs Sherman officially sealing the ballot box, ready for Year 7 to start posting their votes. This was then followed by Year 8, 9 and 10 lining up to cast their votes.

At the end of the day, votes were counted, and the overall winner was announced. Transform received 242 votes, 43% of the overall vote.

Their manifesto was to introduce Trips for all, a food and drink committee, a fundraising fun day and more interaction within lessons.

Congratulations to the winning party and well done to everyone who took part.